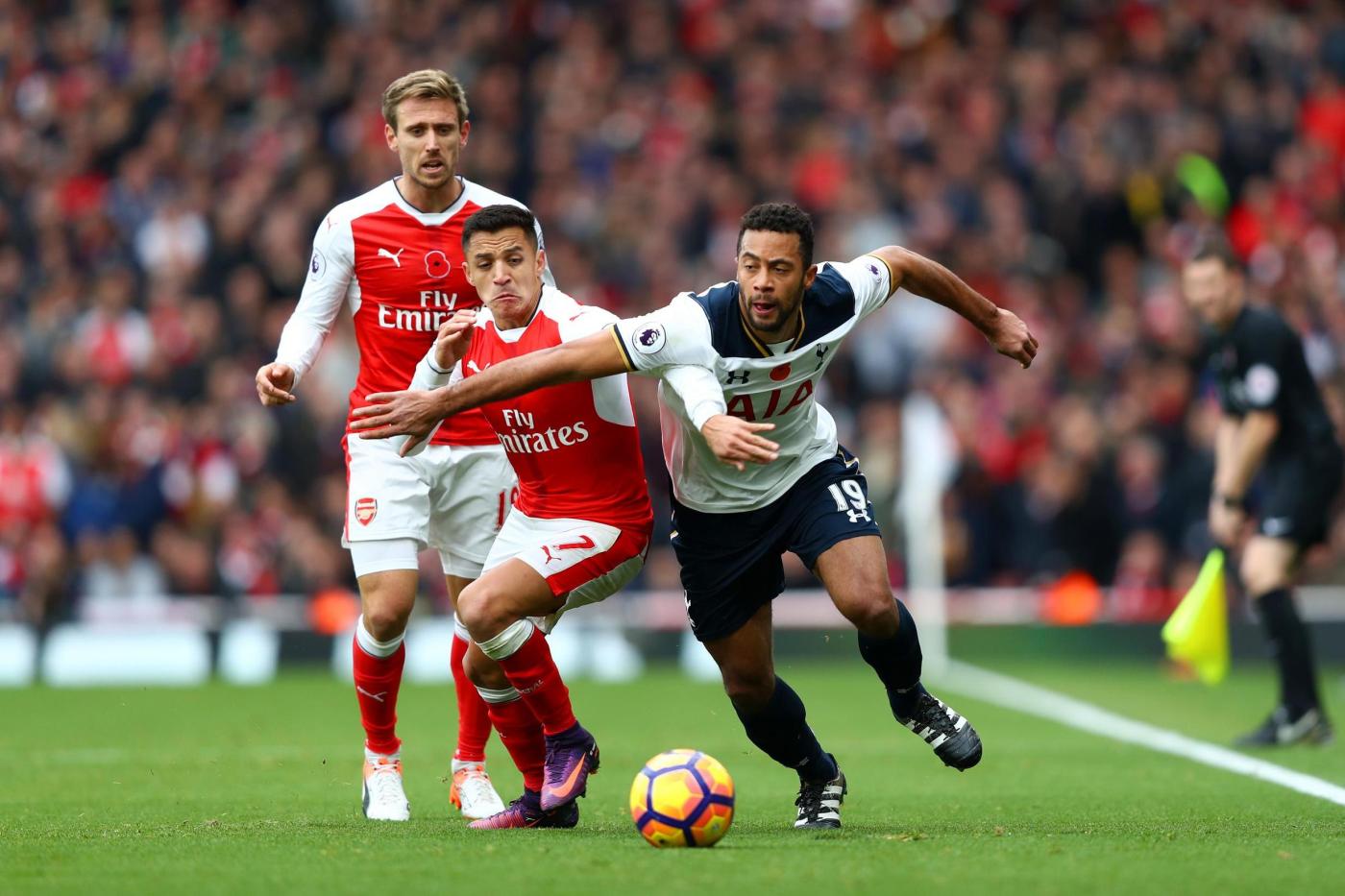 From my lengthy end-of-season review piece I wrote back in May:

I’d like to start by going a tiny, little bit more in-depth on each of these three, somewhat intuitive, pressing structures. 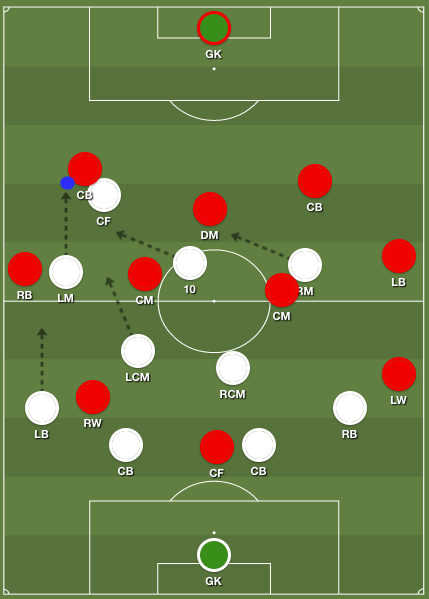 Fairly simple stuff here to start. They have the ball, we want the ball, go chase the ball. That’s maybe overly Redknapp-ian. There will be some nuance over when, where and why you would initiate the press but what we’re looking at here is how we behave once that press has begun. 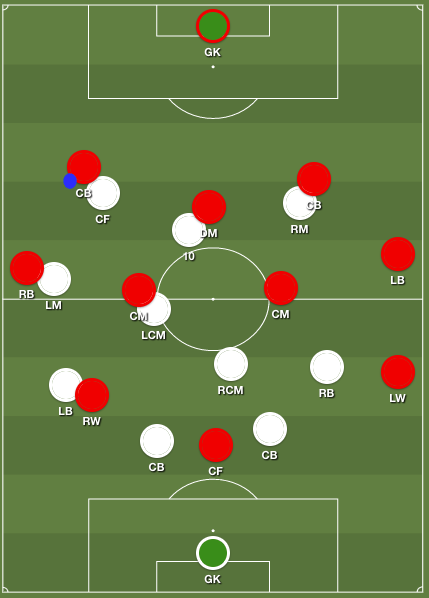 This is the current system that Pochettino’s Spurs employ but there are some shortcomings that I believe are effecting us this season, that I’d like to come back to shortly. 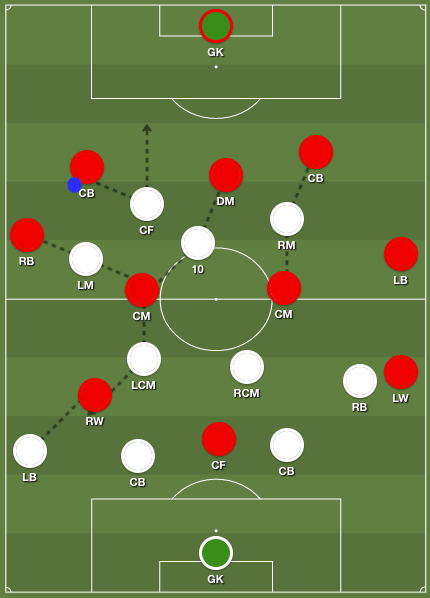 Now, as one player presses the man in possession his team mates move in to spaces which create the illusion of there being passing options but actually means the pressing team can react to attempts to pass the ball by quickly moving into the path of the pass and intercepting it.

Each pressing player basically puts himself equal distance between two opposition players so there is a small enough gap that he can intercept a pass to either receiving player. With every player able to occupy two of the opposition the pressing team can create a kind of fake man advantage.

This is complicated for me to try to explain with written word so it is of course even more complicated to get a team of 11 players operating collectively in a match environment. No wonder we opt for a more simple approach, right? 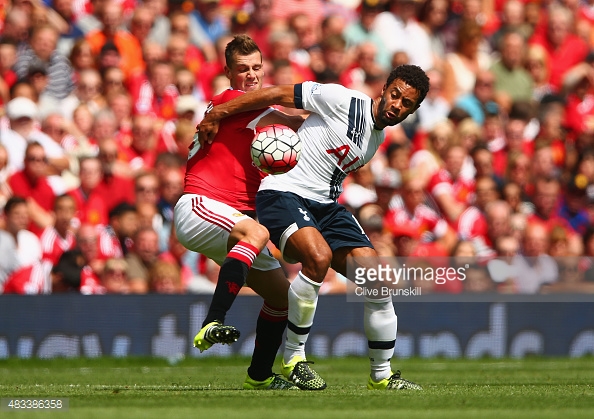 A couple of weeks ago I wrote a piece for The Fighting Cock about our struggles so far this season in central midfield. I dicked myself over a little there because my clickbait-y title distracted away from my, I thought, pretty good explanation of what Dembele does for us and why him being half-fit was having such a negative effect on us, especially in attack.

Half-way through the season now and despite more than adequate playing time Dembele still doesn’t look close to his last season self. His lesser fitness means a lack of commitment to individual challenges, a slowness to react, a lack of bravery in possession and a decrease in his ability to retain the ball under pressure.

Without the control of midfield that a fully fit Mousa Dembele gives us we are forced to bring the ball into attacking areas via our full-backs. This in turn means our attacking midfielders are receiving the ball in a less preferable context which I think accounts for their collective drop in form.

My controversial suggested solution was to introduce Harry Winks in place of Mousa Dembele in to the ‘2’ of the 4231 shape in attempt to return to our best football from last season.

I still stand by that claim but I also appreciate why Pochettino has not yet implemented it. And I think a lot of it comes down to the way we press.

Our use of man-orientations requires us to be athletically superior to the opposition. The man-orientation means we create a large number of 1v1 challenges for the ball and if you want to take advantage of that situation then you need to be stronger, faster or ideally both in order to beat your opponent to the ball. 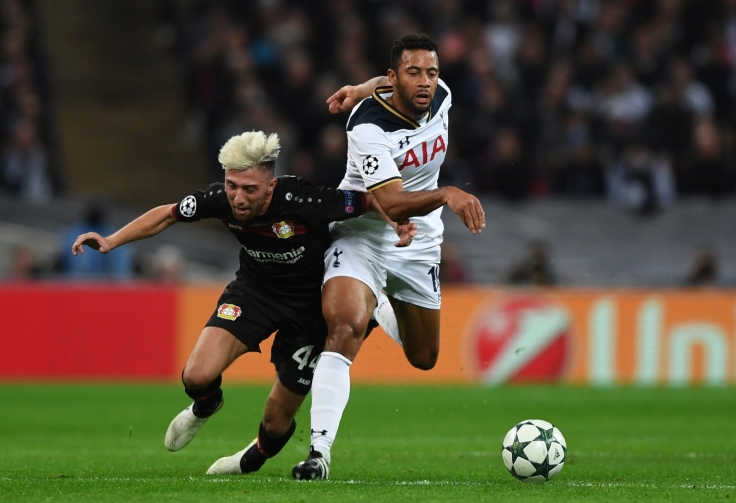 In order to take advantage of superior strength you also need to create a situation in which using it isn’t a foul. So Spurs try to bring a factor of allowed physicality to every game. By inviting heavy challenges early on in the game we set a tone of acceptance for 1v1 battles for possession. This means we can get away with heavy shoulder challenges without getting blown up for it.

And it’s in the physicality department that Winks is somewhat lacking. Not the extent of creative, central midfield, academy product predecessors Ryan Mason and Tom Carroll but he’s still a dramatic drop off from Mousa Dembele. In fact Dembele’s role is probably the most demanding in the Tottenham team. In his role, bringing the ball up through the centre of the pitch, shrugging off the opposition press, he has to balance elite levels of both physical and technical excellence.

Pochettino does seem tempted by the idea of eventually bringing Winks in for Dembele to solve some issues. This leads to half-commitments such as having them share the role by playing both of them at the same time, which, okay, solves the problem but leads to us being a little short up front and disrupts our existing possession and pressing shapes. Winks seems unlikely to make the physical requirements for this role for several years.

It isn’t just this role in which our physical requirements are causing us problems. Davies and Trippier, both strong in attack and, at least Davies, strong in defence too but unable to meet the athletic needs for Pochettino to trust them to do both at the same time. 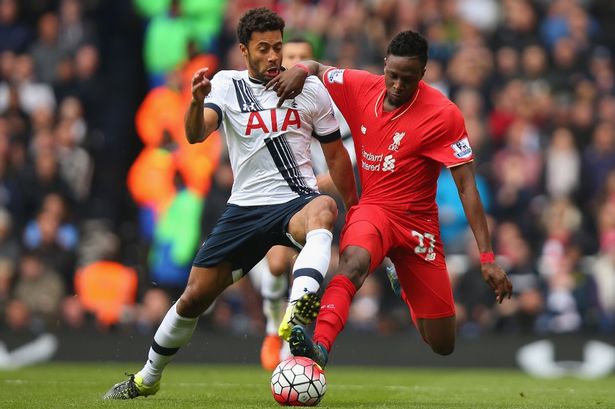 This summer saw defensive midfield bolstered by Victor Wanyama who is maybe not as uncomfortable with the ball at his feet as I originally thought but still pretty limited in terms of passing.

An Eriksen back-up remains a difficult purchase as the venn diagram cross-over between advanced playmakers and players willing to battle in a high-press is fairly small – Eriksen being a testament to that himself.

In short I think our need to accommodate our pressing system with, in the words of Luke BB, 6+ foot monsters is preventing us from developing technically and leaves us too reliant on the very unique and equally injury prone Mousa Dembele.

Players of Dembele’s ilk do exist in the football world but ticking the athletic freak box as a must have attribute significantly decreases our options in the player market which makes things more difficult, financially.