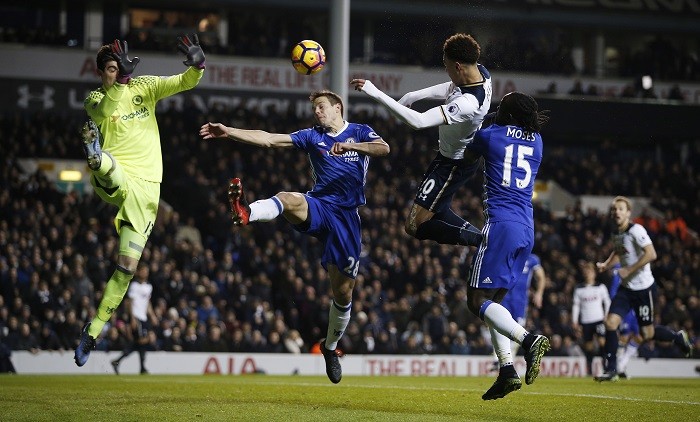 Alright, I am short on time this week but I’ve had a couple of you on twitter remind me that I did say I would put this article out. So here, in a rushed, error heavy, stream of consciousness mess, it is.

In my analysis of January’s league victory at Chelsea we looked at how Pochettino took a risk by going man-for-man with Chelsea at the back in order to disrupt the way Chelsea build their moves from the back. Chelsea, failed, in return to press our defenders in possession and as a result we were able to build moves that exposed Chelsea’s weakness to aerial threats in the left channel.

The result was 3 points for us but it probably wasn’t as decisive a victory as the scoreline would have us believe. Hazard fluffed a couple of quality chances and while we took ours we didn’t create a ton of them. Michael Caley’s xG model has us narrowly coming out on top at 1.1 v 1.0.

Still, we caused Chelsea problems they hadn’t been caused since switching to the 3-4-3 system and it’s only very recently that other clubs have managed the same.

Humble hero of beautiful football and all round nice guy Jose Mourinho may have given us a shot at the title by exposing some of Chelsea’s shortcomings. With a lack of playmakers in the team they’re creatively reliant on a combination of Conte’s positional system and ‘final third difference maker’ Eden Hazard. By dedicating his team to disrupting those patterns and having Hazard very tightly marked; Chelsea were totally stumped for threat.

Mourinho also played two, speedy forwards to quickly counter-attack in behind Chelsea’s wide centre-backs who, like ours, are aggressive in possession.

Is there anything we can learn from this? Not a huge amount. Setting up his team with the primary focus of disrupting the opposition is just something Pochettino doesn’t do, preferring, instead to gamble on his sides’ ability to dominate the game and turn that domination into goals and clean sheets.

Three or Four at the Back?

The big debate this week leading up to Saturday’s game is who starts between Wanyama and Son.

Pochettino himself has said not to focus too much on formation. That our two main shapes are different ways of achieving the same things. Press, posses, risk, repeat.

Three at the back is better at counter-pressing because it means: 1) Wanyama and 2) Dembele being slightly further up the pitch.

On the other hand, four at the back is better during the defensive phase because of the zones we like to cover in our defensive shape: 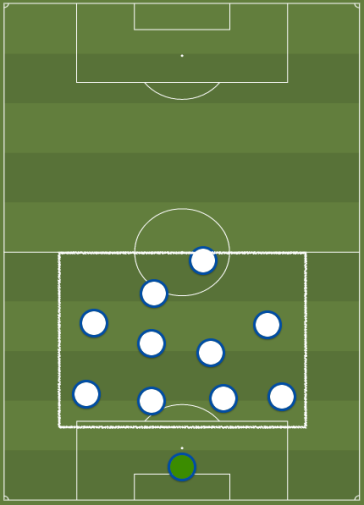 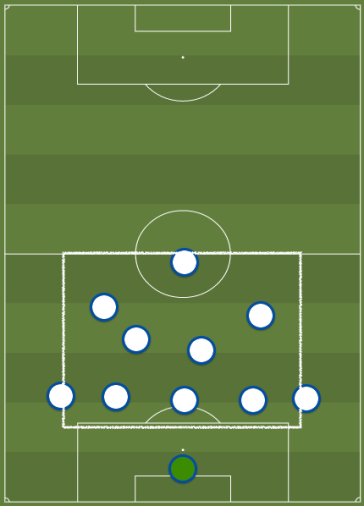 It’s hard to be narrow when you’ve got five men in a row. It’s hard to defend the area in front your defence when two of your midfielders are kinda, really, more forwards today.

Also, back fives are really difficult to play offside with, especially if you suddenly jump into that shape mid-way through the season. Our line can be quite wonky.

Since moving to the back three/five shape though we’ve spent very little time stuck in our defensive block because we’ve dominated. Chelsea will have the ball. So our defensive phase is really important.

But our counter-pressing (attack-to-defence transition phase) is really important for being able to remain on top when we have the ball too. So there are no easy answer here.

Danny Rose is almost definitely out which is obviously a worry. One of the key premises of matching Chelsea man-for-man is that we think we have the better men. I like Davies, I like him creatively and I quite like him defensively but this is not the game for him. There’s a debate to be had over whether we should attempt to improve on Davies but not here.

Meanwhile it looks like Courtois may still be out for Chelsea. Begovic looked more than a little rusty against United so it may be a good idea for Spurs to shoot on sight. Oh wait, we already do that.

One of the few things we can take from that United – Chelsea game is that Mourinho’s game plan in this match was very similar to the one that was (prior the Herrera getting sent off) working against Chelsea in their cup game from a few weeks earlier. And yet come last weekend Conte seemed totally unprepared for what Mourinho set up to do, would he be the same for us?

Eventually Conte brought on Cesc Fabregas (booo!) which meant Chelsea did start to create some hint of a chance once it was already too late. Conte isn’t hugely keen on Fabregas because his defensive work rate is poor and Conte appears to believe in the creativity of the system over the creativity of the individual (we are blessed with both).

However, Cesc has become Conte’s plan B for nearly all circumstances in the latter half of the season and there’s a slight chance Conte will start Fabregas in a matching 3-5-2 to give them a different way of building attacks and to throw us a bit of a curveball.

Conte is also likely to ask more from his front three, in terms of pressing, than he did in the league win. Being pressed 3v3 at the back by City gave us our toughest domestic game of the season and we were forced to switch to a 4 to overcome it. So a tick in the box for 4-2-3-1 there.

One final note on Chelsea is that Costa is out of favour with the fans. The moderate chance that Costa could be dropped for this game would more likely see a shape change (Fabregas or Willian) than see a like-for-like replacement (Spurs’ summer target Batshuayi)

How might Pochettino shake things up? Other than whether he’s going to play 3 or 4, I’m lost for ideas. Not just lost for how Poch might do things but other, bolder plans that I could theorise.

For whatever it’s worth I’d go with 3 and I think Poch will too but it’s hard to base that on anything other than it feels more ‘big game’ and Son does not.